Wallington, New Jersey is a little town deeply rooted in their Polish heritage.

From Warsaw to Wallington

We are all familiar with densely populated communities such as Chinatown and Little Italy, where the same ethnicities develop together.  In New Jersey, there is a small community of Polish descendants.  Wallington, commonly referenced as “Little Warsaw,” is a small, one-mile long town nestled in Bergen County, where one third of the population is Polish.

Wallington is filled with Polish businesses, restaurants, banquet halls, and churches.  According to Neighborhood Scout, Wallington has a population of 11,781 residents as of 2019.  Of that, 43.3 percent have Polish ancestry. 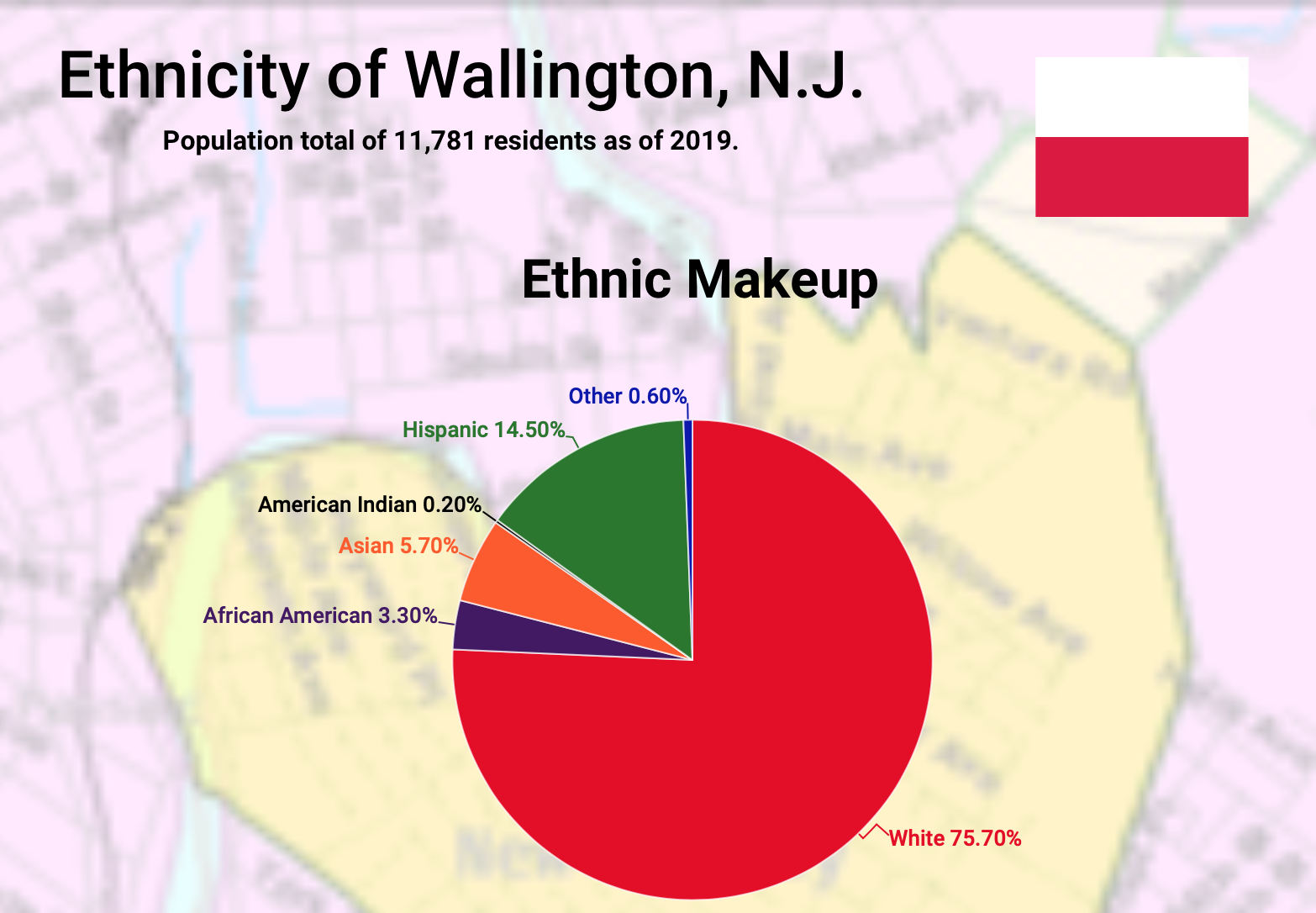 Polish flags, streets names, and memorials can be seen throughout Wallington, highlighting the history of the Polish migration.  One monument in particular, located on Wallington Avenue, is dedicated to General Casimir Pulaski, a Polish soldier who led the Continental Army through New Jersey in 1774.  A statue of General Pulaski is surrounded by tulips along the water, always being taken care of by local residents.

Business owners take pride in keeping the traditions and cultures of Poland alive.  Zenon Banas is the owner of Banas Bakery, a Polish bakery where residents go to get fresh delicacies.  Banas Bakery has been open since 1989, passed on to Zenon through his father.  Wallington was an important location for the family to begin their baked goods journey.

“Wallington, for a long time, has been a Polish community,” said Banas.  “So a lot of people that even live far away from Wallington they come here to buy their Polish products that they can’t get in American supermarkets.  Everybody that wants to be included in Polish community come here.”

Apart from long time standing businesses such as Banas Bakery, new Polish restaurants are emerging as well.  The Tatra Haus, located on Wallington Avenue, is a Polish highlander restaurant which opened only six months ago.  The owner, Sebastian Stopka, takes pride in his families Southern Polish heritage.  Highlanders are traditionally from southern Poland, where they live in cabins throughout the Tatra Mountains. 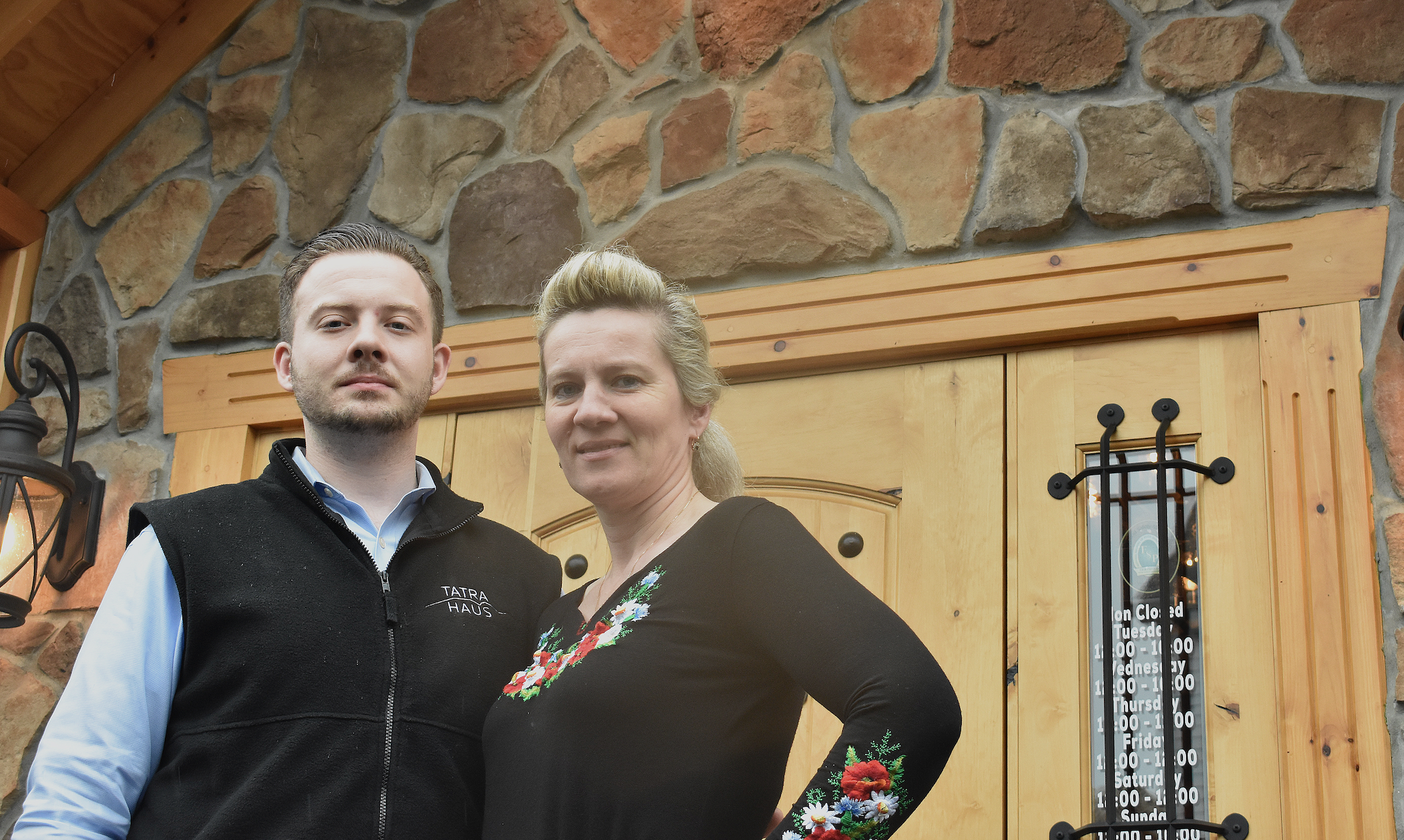 Sebastian Stopka and his mother Maggie, owners of the Tatra Haus.

“With our main purpose of opening Tatra Haus, we wanted to not only tailor and focus on our Polish customers, we also wanted to show the Americans that there is a preservation of Polish culture in the surrounding area,” said Stopka.  “This is why we started Tatra Haus in Wallington.”

Stopka also showcases the Highlander culture through music within the community.  Folk music can be heard every Sunday at the Tatra Haus.  “Music is one major major component of the Southern Polish culture,” said Stopka.  Band members are dressed in traditional folk attire and the community is encouraged to sing along.  Small gatherings such as these are where the community comes together to enjoy the traditions of their Motherland.

Religion, a prominent aspect in the Polish culture, is also celebrated in a traditional way in Wallington.  The Sacred Heart of Jesus holds Polish mass everyday at seven in the morning.  The mass is spoken and sang in Polish, as well as the Bible passages written in the language as well.  The church even has a special meal on Good Friday, the basement filled with traditional Polish meals such as Weisswurt, a type of Polish sausage.

The President of Poland, Andrzej Duda, visited Wallington in September of 2017.  Duda had been in the United States for the 72nd session of the United Nations General Assembly.  The President was invited to come to “Little Warsaw” and see the traditions the town has pried themselves on.  Thousands filled the street to welcome Duda, as he walked down Main Avenue greeting the Polish descendants.

Mayor Mark Tomko, the Mayor of Wallington for the last three years, welcomed Duda at the Borough Hall.  Here, Tomko gave Duda the very first key to Wallington, something the Council had never done in its history.

“Hosting President Duda, that is something that I don’t think I will ever forget, as long as I live,”  recalled Tomko.  “To see so many people come out, thousands and thousands of people, it was all about family and friends.”

President Duda also remarked to Tomko how he had felt “at home” in Wallington.  The friendly people, reception, and pride in culture was raved about to Tomko by the President.  Tomko had explained to Duda what Wallington stood for and was all about.

With such a dense Polish population in a tiny town, the local businesses, churches, and halls keep the traditions and culture alive.  The community brings Polish immigrants all over to collect products from their Motherland that they cannot get anywhere else.  With Polish street names, schools, and locally-owned businesses, this little community refuses to let their culture die.